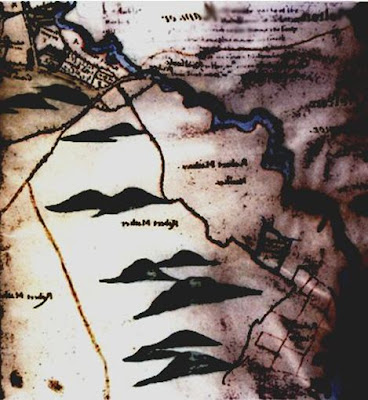 Notes for the Domain Game

I regret that I will be unable to attend the fête celebrating your graduation from the College of Necromancers. I've heard that your father has procured several pounds of black lotus for the event and that they will be sacrificing sixty slaves in your name. You Vauja have always been overachievers.

As you know, I have been chosen by lottery to lead an expedition through the portal that was found on the glacier north of Ahngbhad last summer. I've spent the last two moon cycles organizing the company. Tuun the Mad, your dear uncle, has offered me twenty serf families to serve as laborers. The price was quite fair. I hadn’t seen old Uncle Tuun since he received his new skeleton. I had no idea that he had died in the ritual but, I say, he is quite impressive as a lich.

We will be leaving at the Thaw. Muun will be acting as my lieutenant. I'm sure that you remember him from our winters at Citadel Blue. He has since trained at Ahpu with the Assassins. My father's old goblin slave will be accompanying us. He has assisted Muun in the hiring and outfitting of mercenaries. I have also chosen to invite Lohan, a young priestess of Yezud, to join our company. Worry not, cousin, my bones will always belong to you.

Prince Khuvu, son of Poju
Print Friendly
Posted by The Drune at 10:02 PM